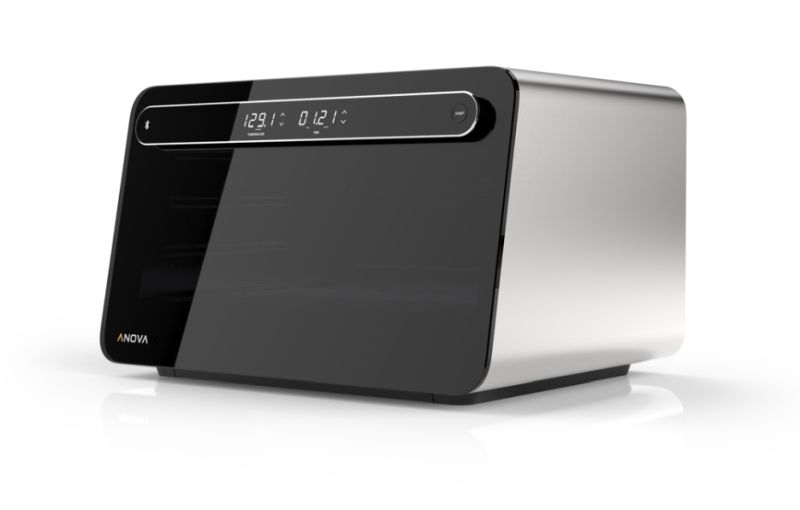 Most innovative kitchen gadgets from CES 2020

CES 2020 is the most awaited show on Earth where product manufacturers showcase their products. There were AI driven appliances and gadgets galore which promise to make your kitchen more functional and efficient. Along with the smart refrigerators and ovens, there were some kitchen gadgets at CES 2020 which stood out for their innovative design and kitchen assistance. Take a look at our pick of kitchen gadgets which made a lasting impression.

Most innovative kitchen gadgets at CES 2020 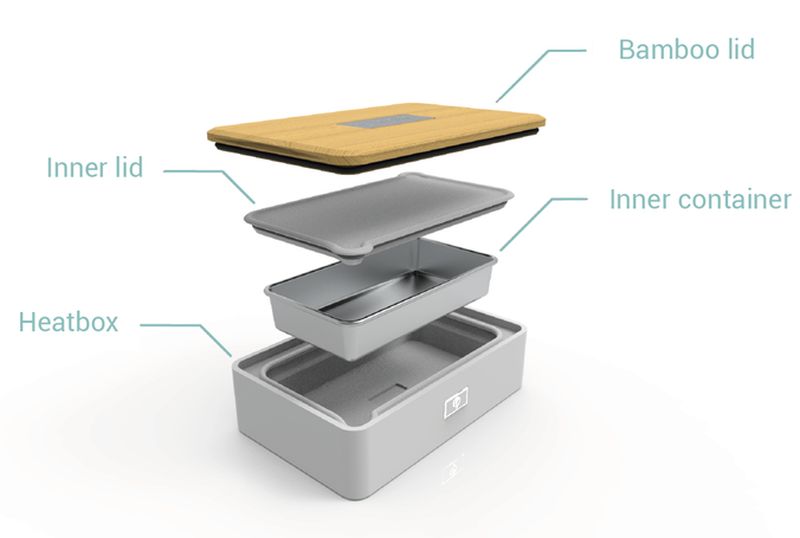 Heatbox is one of the most innovative products for homemakers and officegoers. It is a self-heating lunchbox which reheats and stores food, in the healthiest manner. Though we cannot do without our microwaves, gadgets like this one makes reheating on the go seamless. You can carry your lunch in this reheat in 8 minutes flat without having to unpack it and putting it in the microwave. The Heatbox has inbuilt steam technology, without creating any pervasive aromas. 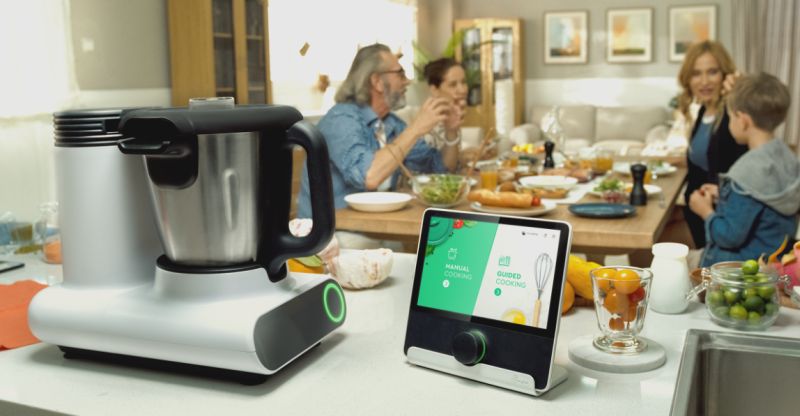 CookingPal has multiple kitchen appliances but this standalone product is made waves at the CES 2020. This is one of the kitchen tech innovations which act as voice assistant, prep/sous chef and also a smart cleaning option. The device does everything which is required to make any meal from scratch, such as dicing, mixing, kneading, cooking), and then amazingly, cleans itself using the intuitive interior washing process. This would be a great help for people who like to cook, as they would have a hassle free experience while cooking a healthy meal at home. These kinds of appliances are making it easier to prepare their meals at home and eating at home is certainly better than eating out.

There are 10 functions which range from weighing, prepping, grinding, grating and so on which are app controlled. The app keeps track of the ingredients as well.

The latest kitchen appliances at CES 2020 which made a mark were the home plant/herb growing systems. The big brands such as LG and Samsung came up with innovations which have reached the production stage, though there is no clear idea on when they would be shipped.

Samsung’s Bespoke Grow system and GE’s Home Grown have taken the farm out from the fridge and converted the kitchen into a layered good growing system.

The LG Harvester is a similar concept which can help you grow your own indoor garden using light, temperature as well as water control, capable of growing a whopping 24 seed packages of herbs and vegetables simultaneously. This is beyond growing a few herbs in your kitchen sill, and paves the way for vegetable gardens for people living in apartments and other urban dwellings. 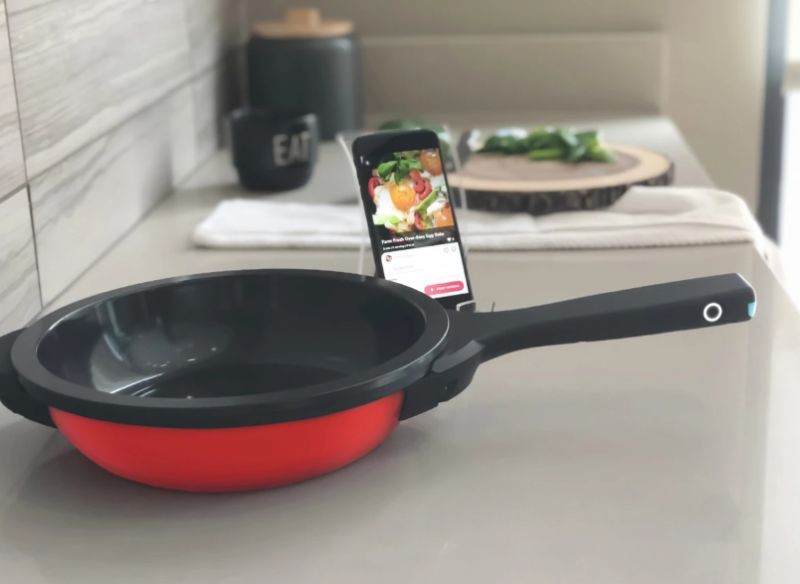 Another of the latest kitchen appliances which would be a real help in the kitchen is the SmartyPans. As the name suggests, the pan automatically records the recipes as you are cooking. The temperature and weight sensors react to your voice through the app. You can list the ingredients as well as quantities in the app in real time and later on the pan can give you the step-by-by instructions for any preset recipe. 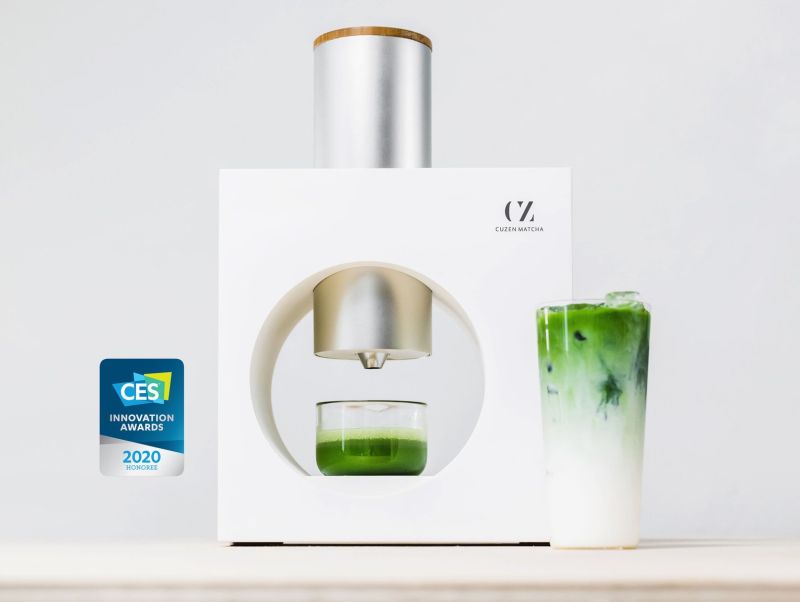 This matcha tea maker is great for those who love matcha tea. The machine grinds green tea till it is fine enough to make the tea. Then, by using one of the two buttons on the machine’s top panel, you’d be able to pour your cuppa to your taste, and finish with a lovely, frothy top. The machine can be bought by preordering currently.

Among the kitchen tech innovations that could be seen at CES 2020 were the intelligent kitchen surfaces as well as smart kitchen counters. For example, the Shift which is a concept from GE, is a type of adaptable kitchen counter which can be changed according to personal preferences. The same concept was developed by a German startup Tielsa (KimoCon now), which was an app controlled kitchen platform, similar to the GE concept. Family members of different heights can adjust the height according to their preferences. 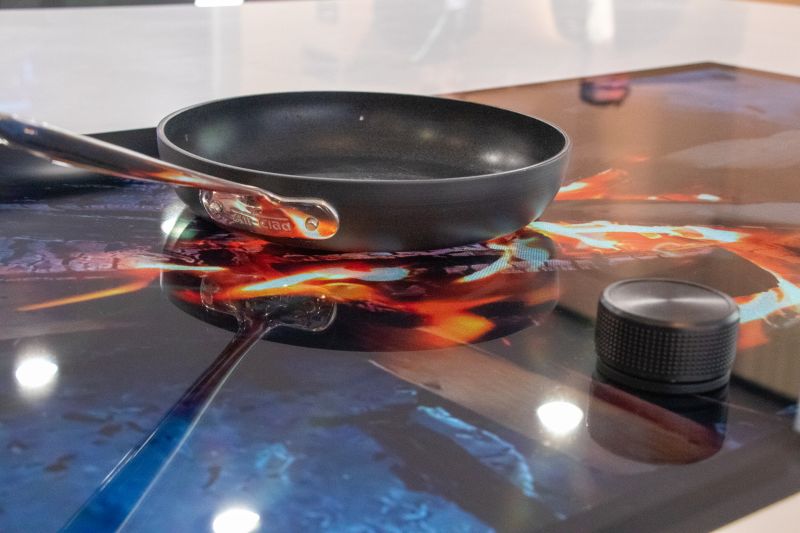 Wireless Power Consortium had a built-up kitchen at CES, to show how the Ki kitchen standard worked. The kitchen was wireless and used induction heating. A similar concept was showcased by the firm GHSP which displayed the technology for video-enabled induction cooktop. This was one of the new products aimed to attract the new generation of cooks who are interested in cooking at home.

There are times when you want your wine or beverage to be chilled instantly. The Juno uses thermoelectric power to chill wine or any bottle of beverage in just a few minutes. The technology used is superior technology which can cool any liquid in less than three minutes without any change to the carbonation of the liquid. The device can be an addition to a bar cart or can be kept on a counter. For those lacking fridge space, or want to have a chilled drink instantly, this is one of the new products perfect for their kitchen. 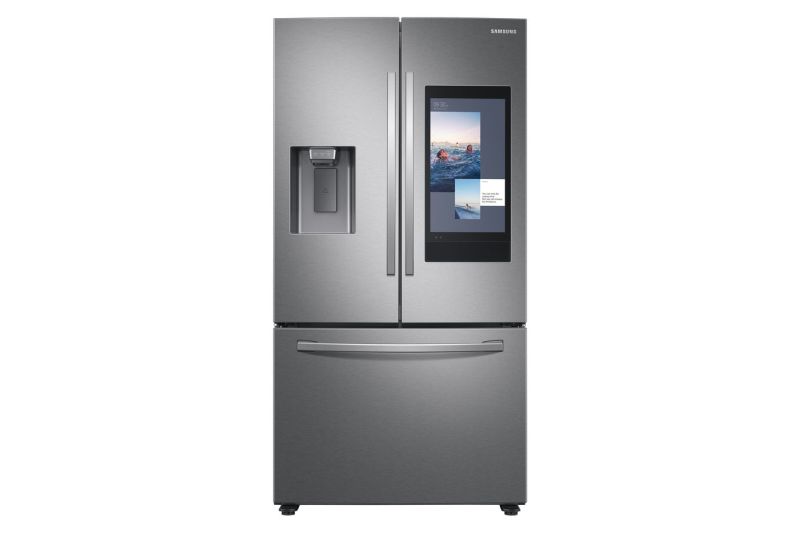 Smart fridges from the big brands make an appearance at the CES show every year. Every year, we get to see a new innovation which makes these fridges seem a worthwhile investment. The CES 2020 show was no exception as Samsung, LG, Bosch and GE showed off their version of smart refrigeration. Bosch showcased a dual camera fridge, LG displayed the Instaview transparent frontdoor feature, which can recorder food when the inventory of food gets low.

Samsung’s latest fridge showed the Whisk technology which can suggest recipes based on what is present in your fridge.

Anova Precision Ovens made the first public debut at this year’s show. The connected oven, which is surprisingly affordable also, has features which are useful for families as well as single people. The technology used is high tech heating with steam, the Anova promises faster cooking than other ovens. You can look forward to relishing food with the natural flavor and juice intact and when you want, enjoy crispy skin (not burnt) on cooked meats. 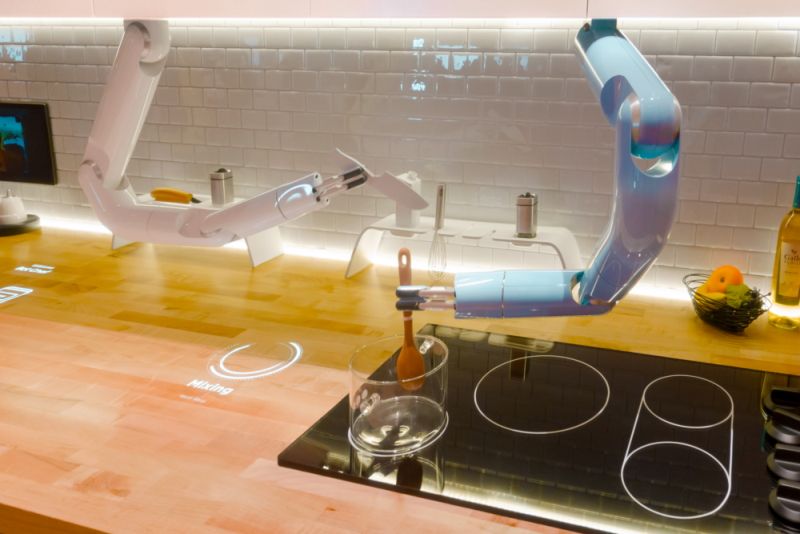 The Bot Chef from Samsung caughtthe imagination of all at the show. It has two robotic arms, white in color which are hung from a kitchen cabinet set. The four arm jointed and three fingered Bot can prepare salads etc with hand movements imitating human hands. This amazing robotic chef concept may or may not become a reality, but the concept and presentation was too fantastic to ignore. 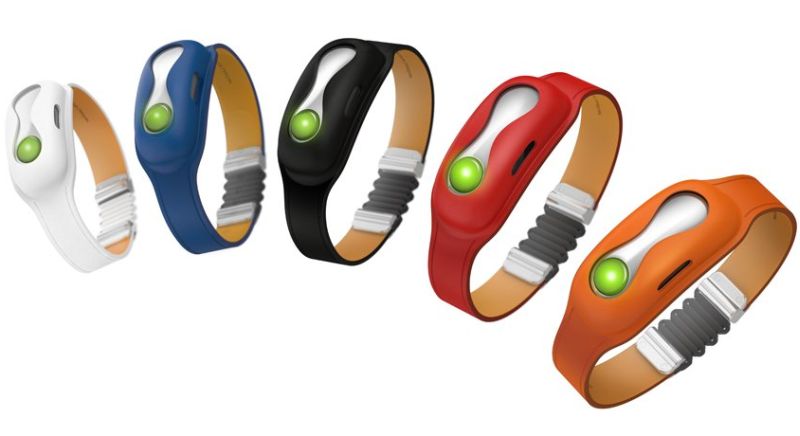 A wearable from DNANudge would be able to tell whether the product you bought from your grocery store is meant for you, according to your DNA profile. It would be very helpful for people to make food purchases which would enhance their health at the deepest levels. 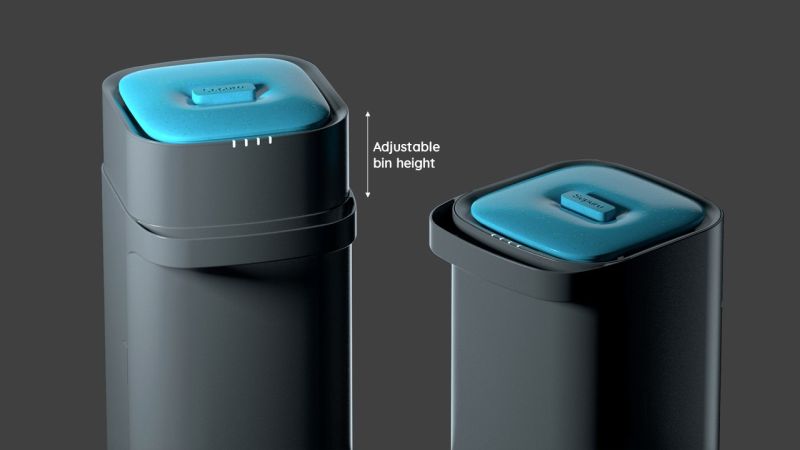 To help people manage their food waste more efficiently, the company Anvytech came up with the perfect solution. It is a gadget which can help to separate the solid from liquid into different bins and then disposes the liquid waste, while keeping the solid waste to be composted.

The gadgets above are innovations that make work in the kitchen convenient and also along the environment friendly lines to help with the bigger concerns of reducing waste. There has to be a transition from conventional methods of cooking, storing and prepping food and with high tech products, this is becoming possible every year.

10 Must have kitchen appliances

Choosing the right dinnerware set is all...

Could you tell me where to buy...

Tips to choose the most practical kitchen...

Things to keep in mind when shopping...